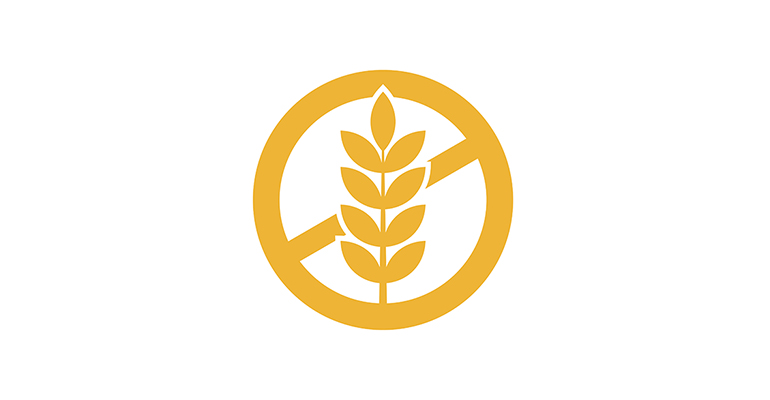 GOING GLUTEN-FREE? THIS IS WHAT YOU NEED TO KNOW

After being limited to health-food stores for years, gluten-free foods are now showing up all over the place. In supermarkets, you can see the proudly labeled gluten-free products; and some restaurants are also offering gluten-free alternatives.

For those who can’t tolerate gluten, a protein found in rye, wheat, and barley, this abundance is a blessing. However, of late, going gluten-free has become part of the hipster lifestyle. Many people have switched to these types of diet, be it to lose weight, feel healthier, boost their boost energy, or even to treat autism. However, Dr. Daniel A. Leffler, director of clinical research at the Celiac Center at Beth Israel Deaconess Medical Center in Boston, states, “People who are sensitive to gluten may feel better, but a larger portion will derive no significant benefit from the practice. They’ll simply waste their money because these products are expensive.”

Those with celiac disease can’t tolerate gluten, not even tiny amounts. In fact, only 50 milligrams of this protein—that’s about equal to one small crouton—is enough to cause trouble. In celiac-disease sufferers, gluten causes an immune response that harms the lining of the small intestine. This can affect the absorption of nutrients from food, leading to various symptoms, as well as other problems, such as nerve damage, osteoporosis, infertility, and even seizures.

The celiac disease used to be diagnosed by a process of elimination. Identification today can be made with a blood test that examines the presence of antibodies against a protein called tissue transglutaminase. Thereafter, a biopsy of the intestine confirms the diagnosis.

Cutting out gluten from your diet means more than quitting eating bread, cereals, pasta, pizza, and beer. Gluten lurks in many other products, including soy sauce, chocolates, spices, vitamin and mineral supplements, some medications, as well as some toothpaste brands. This makes opting for a gluten-free diet extremely difficult.

If you’re sure you want to go gluten-free, it is vital to know that it can set you up for some nutritional deficiencies. Fortified cereals and slices of bread are for most a key source of the B vitamin. Although loaves of bread made with gluten-free flours are becoming more common, they are mostly not fortified with vitamins. This can be a concern, especially troublesome for pregnant women. Pregnant women need vitamin B9, also known as folate or folic acid, to avoid birth defects. Taking a gluten-free multivitamin-multimineral supplement is a good idea for anyone trying to avoid gluten.

Whole wheat is also the main source of dietary fibre − bowels need fibre to work correctly. With most people lacking fibre in their diet, Dr Leffler reminds us that “take away whole wheat and the problem gets worse.” You can get your fibre from gluten-free grains such as brown rice or quinoa, as well as from fruits, vegetables, and beans, but you will need to make the effort.

There is one more thing you should consider doing: keep your dietary choice to yourself. For those obliged to follow a gluten-free diet, the smallest amount of gluten could trigger debilitating gastrointestinal discomfort. This diet is also time-consuming, expensive, and restrictive. More so, it can be a massive burden for those who have to follow it. 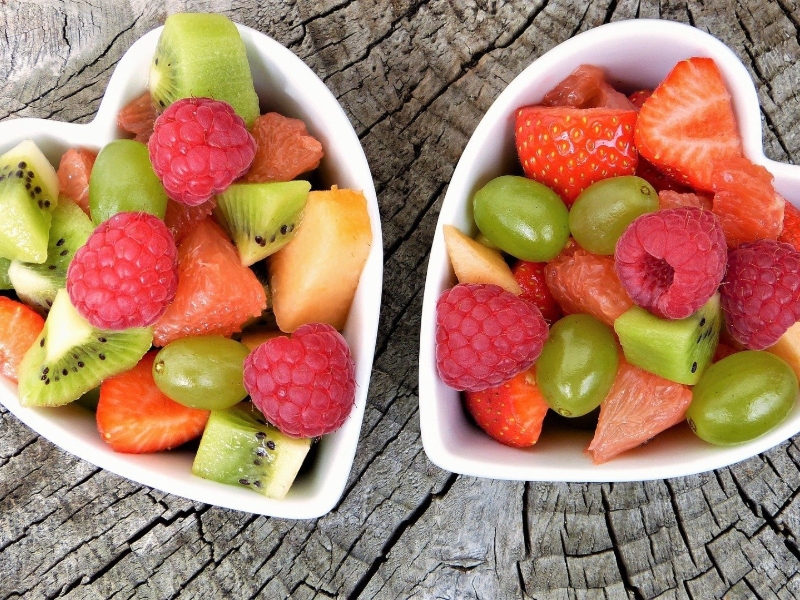 Ways to Boost your Immunity

We have all been affected, to a greater or lesser degree, by the virus prevalent in our society. We need now to take charge of its spread by going back to basics. We should all have been washing our hands frequently in any case, to minimize the spread of all sorts of germs. Viruses have mutated. This means that, for some of us, our systems are not strong enough to deal with new viruses. With winter upon us soon, it is imperative to boost our immunity. This will mitigate the risks associated with any type of bugs or viruses. It may be a good idea, as a precaution, to take certain health supplements, such as vitamins and the flu vaccine. These precautions could boost our immunity. Check first with your doctor or health-care provider before consuming any products willy-nilly. After the lockdown, how else will you be caring for your immunity?

We at Mangwanani are always concerned with the well-being of our extended family. By this, we mean not only our valued staff but you − our guests. In light of this, I have compiled a list of ‘dos and don’ts’ for you to take into consideration, to safeguard yourself and your loved ones.

Food plays an enormous role in our immunity. With lockdown, we have certainly been able to cut down on junk foods. Healthy, nourishing, home-prepared food will greatly assist in enhancing our immune systems. This will provide a good defence system come the winter. The following are some ‘good food ’ suggestions:
– The delicious fruit blueberries provide excellent antioxidant properties that greatly boost immunity. Flavonoids play an essential role in the immune defence system of the respiratory tract. Researchers have found that people who consume foods rich in flavonoids are less likely to fall victim to an upper respiratory tract infection, or even to the common cold than those who are not protected.
– Turmeric is a yellow spice that many people use in cooking. It is also present in some alternative medicines. Consuming turmeric may improve a person’s immune response. This will be thanks to the curcumin, a compound found in turmeric. The qualities provided by curcumin add to antioxidant and anti-inflammatory effects.
– Broccoli is a great source of vitamin C. It also contains potent antioxidants, such as sulforaphane. For these reasons, broccoli (likewise cabbage) is a good choice of vegetable to eat regularly, to support immune system health.
– Sweet potatoes are rich in beta carotene, a type of antioxidant that gives the skin of the potato its orange colour. Beta carotene is a source of vitamin A. It contributes to skin health, and may even provide some protection against skin damage from ultraviolet (UV) rays.
– Spinach may boost the immune system, as it contains many essential nutrients and antioxidants.
– People use ginger in a variety of dishes and desserts, as well as in teas. Ginger has anti-inflammatory and antioxidative properties and is considered providing certain health benefits.
– Garlic is a common home remedy for the prevention of colds
and other illnesses.

– Oranges and Kiwifruit- Oranges and kiwifruit are excellent sources of vitamin C, which is the vitamin that many people turn to when they feel a cold developing. For people trying to avoid the sugar in fruit, red bell peppers are an excellent alternative source of vitamin C.
– Sunflower seeds can make a tasty addition to salads or breakfast bowls. They are a rich source of vitamin E, an antioxidant. In the same way as other antioxidants, vitamin E improves immune function. It does this by fighting off free radicals, which can damage cells.

It is important to remember that the immune system is complex. Eating a healthy, balanced diet is just one way of supporting immune health. It is also essential to be mindful of the other lifestyle factors that may affect your immune system health. Treat your body with the TLC it deserves, and fight off viruses and infections by arming your defense system. 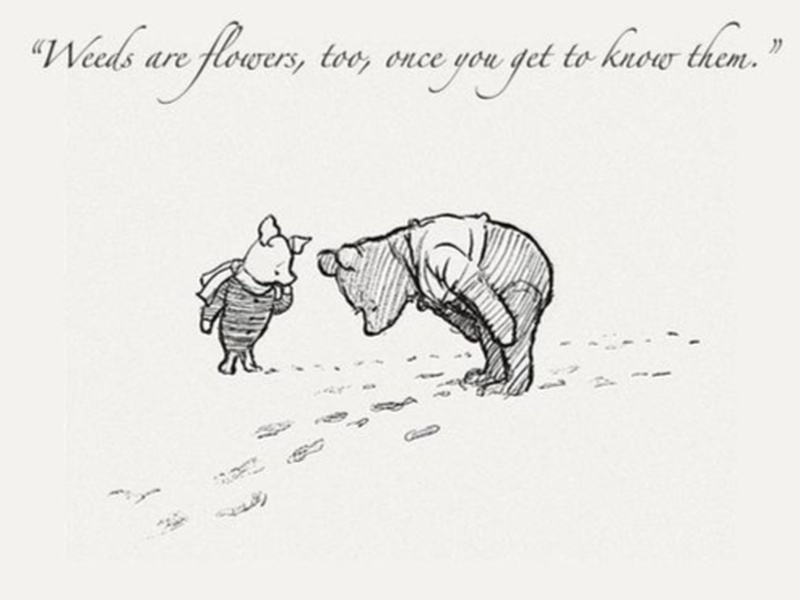 Lessons in Mindfulness from the Tao of Pooh

It’s nearly four decades since Benjamin Hoff released his bestseller, The Tao of Pooh. The book focused on Taoist life lessons. Taoism is a philosophy with its origins in China. Taoism teaches listeners how to live in harmony with the universe. What Benjamin did was to show that practitioners are not automatically wise women and men from the Far East. Rather, the real master of Tao was Winnie the Pooh.

The Tao of Pooh offers precious life lessons that truly resonate with our new reality. The central character of the book is Winnie the Pooh. Winnie personifies the Taoist belief of non-action or merely being. Other characters, like Piglet, Owl, Tigger, and Eeyore represent the human
predisposition to overcomplicate things in life. Taoism: The word Tao means ‘path’ or ‘way’, and Taoism has its roots in an ancient book written in about the 3rd century BC −Tao Te Ching (The Way and its Power) by
Laozi; although some believe the book was written by different authors. Still, in simple terms, the philosophical tradition which emanated from the book explains how to live life sensibly. It teaches us that change is one
constant in our lives; and that balance does not last for long. More so, we should follow the path that will offer us the least resistance, such as water does, and merely go with the flow.

In the Tao of Pooh this idea of accepting
the flow of life is captured:
“To know the way,
we go the way,
we do the way.
The way we do,
the things we do,
it’s all there in front of you.
But if you try too hard to see it,
you’ll only become confused.
I am me and you are you.
As you can see;
but when you do,
the things that you can do,
you will find the way.
The way will follow you.”

Some life lessons from the Tao of Pooh

The lessons focus on self-reflection and meditation, which are tools used to become your most true self. The result will be a life fulfilled with happiness, fulfillment, and peace.

That effortless way of going about life is what Pooh is known for. He does not try to change or control things − instead, he just lets life happen. This is was Taoists call ‘wu wei’, or letting go, and letting be. Don’t confuse this with laziness, rather “A journey of a thousand miles begins with a single step.”

We most often rush through life because we fear that we are wasting time. A lesson from Pooh is that you can’t waste time – time can only be spent. Therefore stop speeding through life, and slow down. Be simple.

Our stunning pool at The Capital Hotel Zimbali! Re

Escape to your Sanctuary of Relaxation… Unwind

WE ARE HIRING! Send your CV to jobs@mangwanani.co.